Home / Blog / Changing your name after your wedding – what to remember

Changing your name after your wedding – what to remember 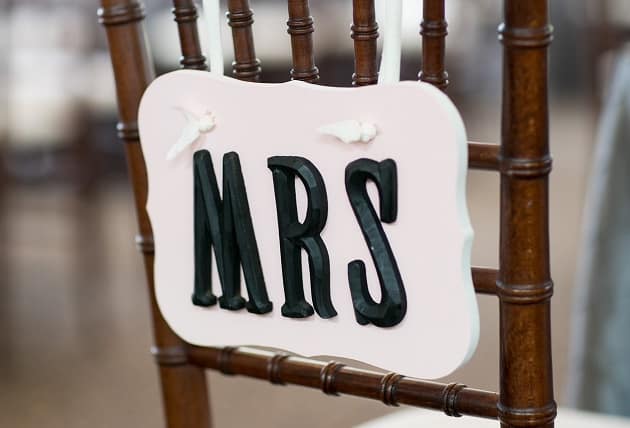 Though some women will choose to retain their maiden name after they get hitched, most will either adopt their new husband’s name, or take on a combination of both names after the big day. Though you can easily switch the name on your social media accounts, changing official documents to reflect your new married status isn’t always so straightforward. But, like You & Your Wedding says, “Changing your name is an essential part of the post wedding to-do list for many brides.” So, let’s get started.

Traditionally, the woman gives up her surname and takes on that of her husband immediately after the wedding day. However, more and more women are now opting for alternatives. From double barrelling, to using your maiden name as a middle name and even creating an entirely new surname for you both to share, there are a lot of options out there, so make sure you think about it carefully before you take the next step.

If you choose to go down the traditional route and take your husband’s name, all you’ll need to prove your new identity is your marriage certificate. You’ll probably need to send the certificate off to various offices as you work through your list, so ask for a few copies if possible.

Once you’re married, simply send the certificate and a covering letter to all of the official bodies that need to be notified of your name change. The certificate will be accepted by everyone from the Passport Office to the DVLA, so make a list and get scribbling.

Creating a new surname or double-barrelling

If you and your partner have decided to double barrel, or even to create an entirely new surname, you’ll both need to change your name officially by deed poll. Though you can start using your chosen name straight away, in order for official documents like your driving licence, passport and bank cards to reflect the change, you’ll need to get your name altered officially.

The list of organisations that need to be notified of your name change after your wedding is pretty long. Though it will depend on your circumstances, in general you’ll need to notify the passport office, your employer, HMRC, your bank, your internet provider, your doctor, your dentist, the DVLA, and your pension provider. You’ll also need to get in touch with any organisations that you subscribe to and any other official bodies you’re involved with.

Though this may seem like a lot of work, changing your name after your wedding is fairly straightforward. For more ideas on creating the perfect wedding, take a look around our site today.

From traditional to on-trend: these are the top tweed suits

I’m engaged, who should I tell first?

Giving your bride a break from wedding planning

Shopping the sales: How to bag a bargain wedding dress