Weddings in the United Kingdom are celebrated with all kinds of themes and following a wide variety of traditions. Certainly, at Country House Weddings we have seen many wonderful ceremonies, inspired by a myriad of different things – including historical eras, movies and colour palettes.

In this blog post, we will concentrate on Welsh courtship and wedding traditions. Keep an eye on our blog for our posts on English, Scottish and Northern Irish wedding traditions! We hope this information will inspire you on your own wedding! These are wonderful ideas for wedding themes and what a better venue to hold them in that a traditional English Country House?

The significance and peculiarity of Welsh wedding traditions starts during the period of courtship. In Wales, St Dwynwen’s Day, celebrated on January 25th, is a far more important date in the calendar than St Valentine’s Day. So, if you are dating someone Welsh, don’t be surprised if they turn up with flowers on January 25th!

The so called Maid’s Trick is a very old courting tradition in Wales and a very curious one too! This was to be performed during Christmas Eve, or one of the three Welsh Fairy Nights. At this point it is worth noting that Welsh folklore is one of the most ancient and richest in the UK, if not in Europe!

The girl would leave a feast on her table while she went to wash her undergarments. By the time she finished, she would hang these near the fire, and would go to sleep.

At this point her husband-to-be would come in to eat the feast, and of course she would see her undergarments hanging at the back of a chair, which was supposed to lure him into proposing to her.

During the actual day of the wedding, the Welsh tradition usually includes the throwing of confetti as the couple left the church. In turn, this tradition dates from much further back, when guests would throw grain at the couple, which the superstition said would lead to a fertile marriage. 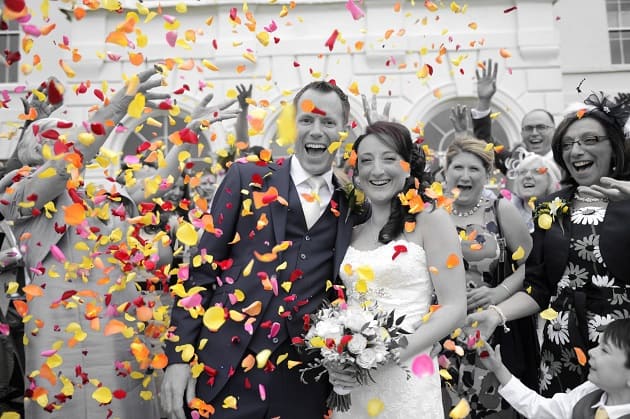 Welsh brides believe that it is a good omen to be woken by birdsong on the day of their wedding, and that the first person to congratulate her on her big day should be a man! So if you know a Welsh bride, make sure to observe this tradition, she might really appreciate it!

It is customary for Welsh brides to wear a bouquet containing myrtle, which symbolises love. In fact, Kate Middleton carried myrtle in her own bouquet, for this very reason.

If the wedding gown of a Welsh bride was torn during the ceremony, reception or the dance, this was considered to predict a happy future for the couple.

Instead of tossing their wedding bouquet, Welsh brides would carry a pin attached to their wedding gown. On the day of the wedding, they would throw this over their shoulder, and whoever found it first amid the crowd, would supposedly be the next to marry.

On the day of your wedding 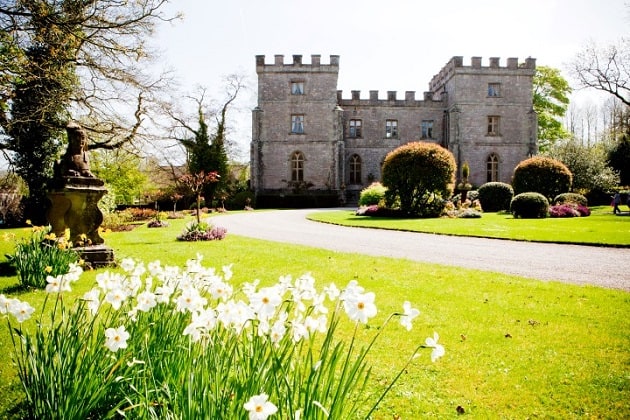 Sadly, most of the Welsh wedding traditions disappeared with the Industrial Revolution. In any case, you could bring some of them back in your own wedding, if either the bride or groom are of Welsh descent. At Country House Weddings, you could decorate the venue with subtle touches of green, or with daffodils, the national flower of Wales.