The grand history of wedding cake

Wedding cakes were originally seen as a symbol of fertility and prosperity and have been a part of marriage ceremonies since the Middle Ages. During Roman times, bread would be baked, and the groom would eat part of it and break the rest of the bread over the bride’s head. This was done to ensure good fortune and a blessed marriage. 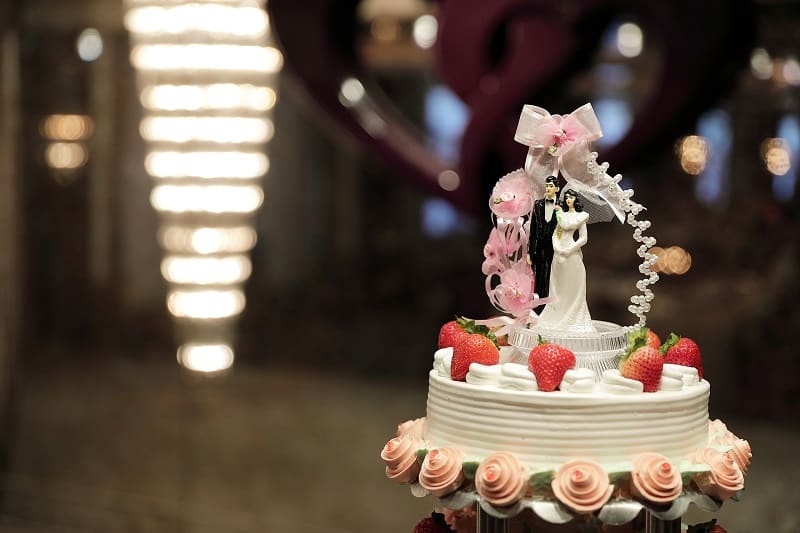 Evolution of the wedding cake

However, as wedding cakes evolved over the years, it became impractical to break the cake over the bride’s head. Bakes began to pile cakes as high as possible, so custom dictated bride and groom try to kiss over the top of the cake. If they succeeded, it was a sign their marriage would be a long and happy one. The cake staking ritual was the first step to the tiered wedding cakes we recognise today.

The first tiered wedding cake was made in mid-17th Century, during the reign of King Charles II. A French chef had visited London and seen the cake stacking ritual, but felt there might be a better way. He decided that the cakes could be presented as a solid whole. At the time, small broomstick handles were used to separate the cake layers.

White multi-tiered wedding cakes first appeared in Victorian times. White was seen a symbol of purity, the wedding cake often being referred to as the bride’s cake. White icing on a wedding cake was also popular as it was convenient, since the ingredients were easier to come by than for coloured icing.

Tiered cakes were initially reserved for royalty, but even then it was mostly for show. The actual cake was one base layer. The rest of the tiers were made up of spun sugar to give the wedding cake a grand appearance. 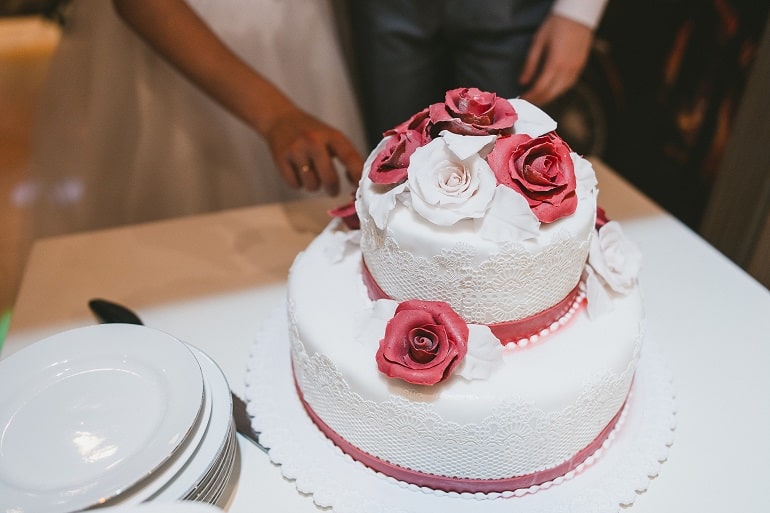 Cutting the wedding cake and other traditions

The cutting of the wedding cake is one of the most symbolic rituals of any wedding. This is traditionally the first task the bride and groom will jointly perform together as a married couple. The bride, with help from the groom, cuts the first slice of cake. Then they feed each other as a symbol of mutual commitment to provide for each other.

There was once a tradition of baking silver charms into the wedding cake. Michelle Anderson of The Spruce explains this unusual custom:

“The custom of baking charms into wedding cakes is a longstanding one which has fallen into disuse. It is an absolutely delightful tradition to try as long as you warn the guests to be careful and remove their charm before eating the cake! A more practical variation is pushing the charms into a baked cake with a ribbon attached so the guest can simply pull the charm out.”

There are several charms and each has a specific meaning: