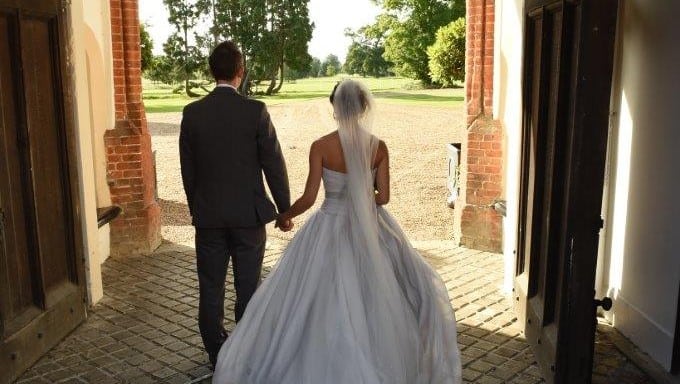 Over the years, at Country House Weddings we have seen many wonderful ceremonies, inspired by different topics, including historical eras, movies and colour palettes. Arguably, English weddings are the ones we know best, because we have hosted hundreds of them!

In this post we will look at the most traditional of weddings celebrated nowadays in England, those inspired by our centuries-old traditions. The traditions are so rich and varied, that there is so much to cover. What does it really entail, to celebrate a traditional English wedding?

The date of the wedding is typically set up after a proposal has taken place. Traditionally, the man was the one to propose to his beloved, rather than the other way around. Nowadays this part of the tradition is not always followed, although we do find that most of our couples still observe it.

English tradition has it that the man is to propose to his beloved with a ring, which she is to wear on the ring finger of her left hand. Tradition also used to say that a woman can propose to her man on February 29th – on a leap year.

Once the couple had set a wedding date, it was customary to set the so-called banns of the marriage (from an Old English word meaning “to summon”). The banns were basically a marriage notice. The purpose of this was to announce to everyone that a wedding was to take place, in case anyone had any objection to it. A marriage was only considered legally valid if the reading of the banns had taken place.

Prior to the wedding date; the bride celebrates with her female friends in what is called a hen party, whereas the groom celebrates the engagement with his male friends in a stag do. It is said, however, that the groom should not see his bride on the day before the ceremony, because that will bring bad luck to the newlyweds.

It was said that the best season to marry was between the harvest and Christmas (in the Autumn). In fact, we still have a rhyme that reminds us of that:

“Marry in September’s shine, your living will be rich and fine.” 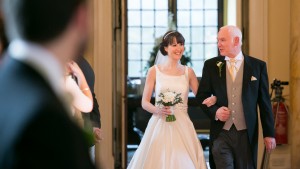 On the day of the wedding, a traditional English bride will wear a white bridal dress and her groom will wear a suit, typically complete with top hat and tails.

The bride is traditionally given a decorative horseshoe, to be worn on her wrist or sewn to the hem of her dress. This item was given for good luck, and although it is rare to use an actual horseshoe at present – in the old days it was commonplace!

Another fantastic tradition, still followed today, is to follow this Victorian rhyme on the day of one’s wedding:

and a silver sixpence in her shoe.”

The bride was to wear each and every one of these items during her ceremony, as a way of bringing good luck for her and her husband-to-be.

A fantastic example of a traditional English wedding was of course Prince William’s wedding to Kate Middleton. She wore each of these items:

– Something new: a pair of diamond earrings made by jewellers Robinson Pelham and given by her parents.

– Something borrowed: a diamond tiara made by Cartier which had been bought for the Queen Mother and which was subsequently given to the Queen on her 18th birthday

– Something blue: a ribbon sewn into the dress

– And nobody has checked, but we think she must have also worn a silver sixpence in her shoe!

When the bridegroom left the church after their ceremony, their guests would cast wheat over their heads, as this was a symbol of bounty, abundance and fertility. Nowadays, rice or confetti make for good substitutes, yet maintaining the potency of the original symbol.

Your own fairytale wedding

Your wedding anniversary: A guide to those major milestones