Austria has several unique, traditional wedding customs and superstitions. Some have changed or grown less popular over time, but many are still observed in ceremonies today. 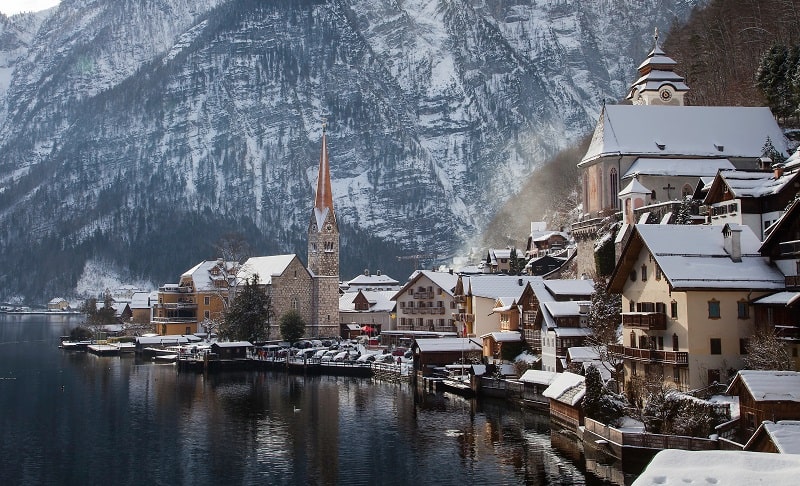 It is considered bad luck for an Austrian bride to make her own wedding dress. A friend or family member will be tasked with making the dress, and it should not be finished until the wedding day itself. Brides will also wear a veil, thought to act as protection from evil spirits.

The weather on the day of the wedding is very important in Austrian tradition. Bad weather supposedly leads to a bad marriage in the future!

After the wedding celebrations, a bride and groom will eat bread and drink wine before entering their home. After drinking, the groom should throw his glass over the roof for good luck.

Traditionally in the Upper Austrian regions of Salzkammergut, Tyrol and Styria, a bride is required to get out of bed very early on the morning of her wedding day. At the crack of dawn neighbours and friends awaken the bride with firecrackers and a gunner shooting outside her house.

In most European countries, weddings are performed on a Saturday. However, Austrian weddings are typically held on a Wednesday. This is because of an old Austrian adage that Wednesday is the best, luckiest day of the week.

One of the most unusual wedding traditions is “bride kidnapping”. An Austrian wedding reception will include two “kidnaps”. In essence, both the bride and groom are kidnapped by their friends. The groom is then allowed to set off to retrieve his bride after a certain amount of time has elapsed. This custom is thought to date back to the Middle Ages. At that time it was the right of the reigning sovereign to the first night with the bride.

‘The Local at’, explain the meaning behind stealing the bride known as ‘Brautraub’:

“Stealing the bride is a very old Austrian tradition when it comes to weddings. The tradition is seen as both entertaining but also has a symbolic meaning that the bride is leaving her family home and starting a whole new portion of her life with her husband.”

It is customary in Austria to auction off one of the bride’s shoes. This is done to help fill the newly-weds purse. Just like a real auction, the wedding guests bid on the shoe. The custom requires the final bid to be placed by the bride’s father, groom or best man – only with a bought shoe can he maintain the honour of his daughter or wife.

The bridal waltz has been a fixture of Austrian weddings for centuries. The waltz originated from a traditional folk dance, and is the most popular dance in Austrian ballrooms. For the bridal waltz, the floor is cleared and opened again by the bride and groom. The etiquette is that the groom must then ask his bride’s mother for the next dance, and only after that is the floor opened to all the guests.