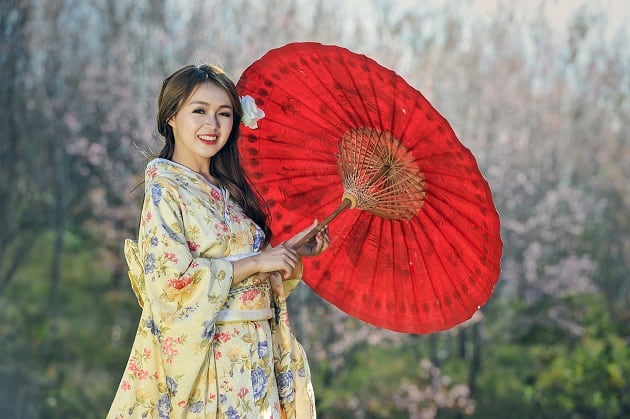 The world’s population is becoming ever more mixed. These days, it is not uncommon to attend weddings themed in the most exquisite of English venues, where either the bride or the groom have brought with them a series of wedding traditions from their own culture.

It is also becoming increasingly popular to tie the knot in a different country, flying a small party to a carefully chosen venue for a fairytale wedding. British countryside venues have proven particularly appealing for Far Eastern husbands-and-wives-to-be.

Whether you’re currently in the UK, and would like to theme your wedding around the Chinese tradition; or you are in China and would like to pick an English venue as your wedding destination, this post is the one for you. There is nothing quite as memorable as the contrast between an exquisite wedding tradition, set against the glamour of a British manor house or castle.

China is a very vast country, this means that there are several differences in terms of wedding traditions across its many regions, and even across small villages. Of course, we are going to give you an overview of wedding traditions in China, without going into the details of each province. Also, contemporary Chinese citizens might have discarded these traditions in favour of Western practices, but you might decide to go back in time and theme your wedding around the atmosphere of Imperial China.

What’s most important, however, is to highlight the absolute splendour of a Chinese wedding when celebrated in a countryside venue. Your guests will remember the event for the rest of their lives!

In the Chinese tradition, it is of the utmost importance that a fortune teller or Feng Shui expert shall set an auspicious date for the ceremony. It is also necessary that both families agree that the marriage would be a lucky one. Usually the use of astrology is incorporated to establish this compatibility.

Once the date has been decided, and the marriage has been given the go-ahead by the families of both bride and groom, you can go ahead with your venue reservations, as well as the countless little details to plan ahead for. 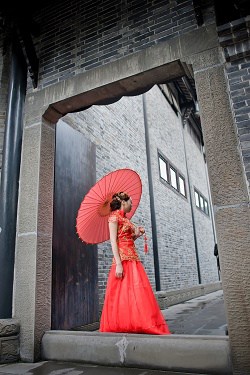 The splendour of an ancient tradition

A traditional Chinese wedding is usually celebrated following numerous formalities, inherited from the rich heirloom of this country; one of the oldest on Earth. The sequence of rituals to be followed is very beautiful, highlighting the climax of the actual wedding ceremony.

The day before the wedding, it is customary that the groom and his relatives would prepare the bridal bed. Fruits and nuts would then be scattered on or around the bed, signifying fertility. Throughout this entire series of Worldwide Wedding Traditions, there is a noticeable pattern with regards to the emphasis that several cultures place on the notion of fertility. This might have changed in more recent years, due to several socio-cultural factors, but the traditions still remain as beautiful displays of the beliefs of old.

On the day of the wedding, the colour red features frequently across the ceremony, particularly on the bride’s attire and accessories. In Chinese culture, red is the symbol of joy; to be brought upon the newlywed couple.

Prior to the ceremony, the bride would be bathed and dressed. Special emphasis would be placed on her hairstyle, as a symbol of her entering adulthood. For further reference, a beautiful account of this ritual is told in Pearl S. Buck’s book Imperial Woman, which turns into a novel about the life of Empress Dowager Ci Xi, the last Empress of the Chinese Empire. Once the bride was bathed, combed and dressed, her face would be covered in a red veil and she would be allowed to meet the groom.

The groom would bring gifts wrapped in red paper, before the bride’s family finally surrendered her. Firecrackers would be set off all along to frighten away evil spirits. They would tie the knot in front of an altar, where they would bow to heaven and earth, thus gaining their blessing. Soon thereafter, the newlyweds would be taken to the wedding chamber; while relatives and friends would be treated to a delicious Chinese feast.

Planning a Chinese wedding in an English venue?

Nowadays, contemporary weddings in China take inspiration from tradition but have relaxed some of the formalities. Sometimes, the rituals have been kept as gestures but their meaning has been mixed with other modern aspirations.

The mixture of old and new is a perfect recipe for a wedding in 2017. If you or your partner are of Chinese heritage, and would like to get married in the UK; why not look at the tradition of Chinese weddings as a way of inspiring your own wedding décor and activities? Your guests will definitely have an unforgettable time.

What’s more, Chinese decorations, fabrics and food are absolutely exquisite. All you need, in fact, is a venue where to make your wedding dreams come true.