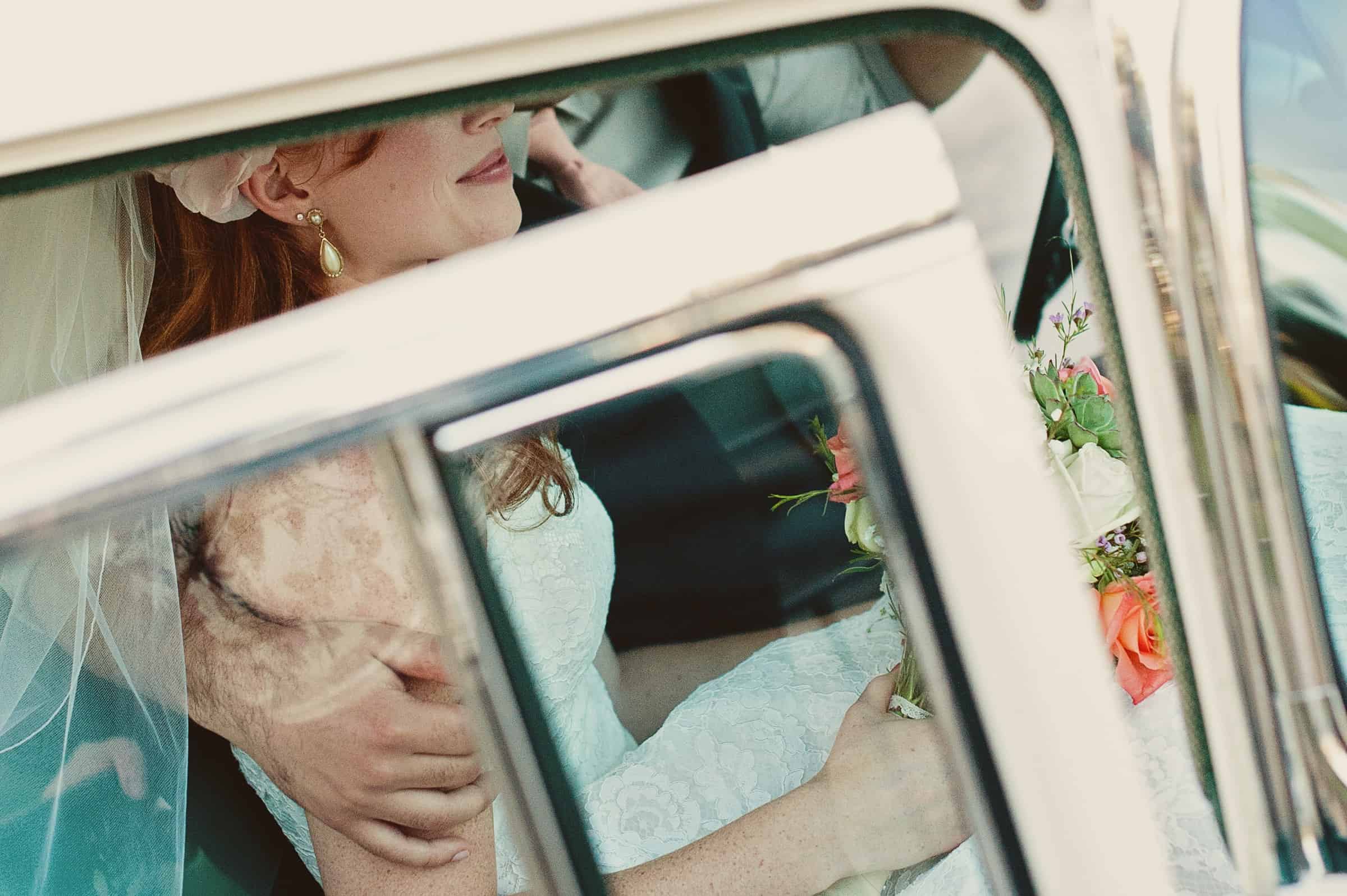 Fashion trends change so much during the course of the year, with what’s hot (and what’s not) altering from season to season.

While fashions have a tendency to come back around, styles have no doubt evolved through history to ensure no two trends are exactly the same. The wedding dress is one such garment that has changed with the times.

Here we take a closer look at the evolution of the wedding dress by exploring the styles that were particularly popular throughout history.

While wearing a white wedding dress is viewed as a timeless trend, very few women wore white wedding gowns prior to the 1800s. It wasn’t until Queen Victoria’s marriage to Prince Albert that the tradition began.

Before her bold choice, another unexpected colour was the height of bridal fashion as Time explains:

“Red was in fact a very popular color for brides in Victoria’s day, but the young queen broke with the status quo and insisted on a lacy white gown. Members of the court thought it much too restrained in color, and were mystified that she eschewed ermine and even a crown, opting instead for a simple orange blossom wreath.”

Queen Victoria however wasn’t the first royal to wear white. Mary Queen of Scots was the most notable royal to wear white and is widely acknowledged for bringing the white wedding concept we are so familiar with today to the forefront.

During the 1900s, the off the shoulder style made famous by Queen Victoria fell out of favour. Instead a more modest style became popular with brides choosing high necks, long sleeves, gloves, or a veiled hat to accessorise with.

Wedding dresses may have remained white but the shape changed drastically. Volume was reserved for the sleeves, which were tapered neatly at the forearm, and a S-shaped corset was worn by brides to create the coveted hourglass look.

Ten years later, the sleeves became shorter and the waistlines rose higher. This era witnessed the birth of a style still popular today – the empire line.

Dresses were also adorned with more detail than ever before. Frills remained popular, but floral and lace details were all the rage too.

Shorter wedding gowns were popular during the 1920s, with the classic and utterly fashionable flapper style sported by most brides. The looser fit of this drop waisted, V-necked style was a real hit as brides took dancing at their wedding receptions very seriously indeed.

The accessories changed too with the mob cap veil of yesteryear swapped for a cloche style with flapper headband. Cloche veils were particularly long and often flowed into the train.

Find out how you can have your very own hundred-year-old wedding and embrace the 20s style here.

Still recovering from the First World War and preparing for the second took its toll money-wise, which affected bridal style dramatically. Most brides wore the nicest dress they had to tie the knot as a result.

These dress styles were either full or calf length and while drop waists were still popular, these were generally higher than those sported in the 1920s. Hats were worn instead of veils and elaborate embellishment gave way to simpler styles.

During the 1940s, brides didn’t have to choose between a hat and a veil. Veils were attached to their favourite hat to ensure the ultimate bridal wear accessory.

Waists reverted back to a corseted fit with those who weren’t blessed with curves adding some courtesy of padded hips and rounded shoulders.

The ball gown with a sweetheart neckline became fashionable during the 1950s, with Hollywood star Elizabeth Taylor credited with popularising the style. These ball gowns were not floor length but ballerina length.

The details were all that mattered during the sixties. Brides experimented with floral details and even metallic embellishments to ensure a show-stopping look. The veils remained short while waistlines moved back to the higher empire line.

The bohemian wedding look was made in the 1970s. Most brides wore empire lines with an unusual square neckline and batwing sleeves.

They also experimented with fabrics, and as a result, double knit gowns were seen for the first time.

Volume was everything in the eighties. In fact, everything was oversized from huge shoulders and full skirts to Cathedral trains and full length veils.

In contrast, the neckline of these voluminous dresses was much higher and tighter, with mandarin collars very fashionable.

Volume was traded for a more minimalist look. Lace and beading were used sparsely to embellish 90s wedding dresses.

Flower crowns, simple veils, and gloves were the accessories of the day. The wedding dress itself was more fitted and androgynous.

Gloves and veils were less popular during this era. Instead it was the wedding dress that was the star of the show.

Gowns were strapless and adorned with lace and beading. Brides also added sparkle with a glittering tiara or fascinator.

The fishtail dress has been the signature look of the past 10 years. The look remains popular to this day but with more and more designs to choose from the style possibilities are endless. Whatever your size or shape, finding a wedding dress that’s perfect for you is easier than ever.